Last week I had the pleasure of seeing some amazing cars at the Jalopnik Hurricane Relief Car Show.  Quite a few really stood out for me so I decided to feature them. See the pics below.  These cars not only caught my attention, they made me reflect back to the times when these cars ruled the road.

This car just made me stop and walk across the parking lot and then stare and examine all the small details.  This is not the BMW 3.0 CS or the 2000 CS, this is the 2800 CS.

While the 3.0 CS took the racing heritage, personally I like the style and the sophisticated looks of the 2800 CS better.  These cars are certainly climbing in value and worthy examples are becoming difficult to find.

If you’re looking for more info, check out a blog post I wrote on this car https://www.revlane.com/blog/bmw-2800cs-why-you-should-at-least-drive-one/ 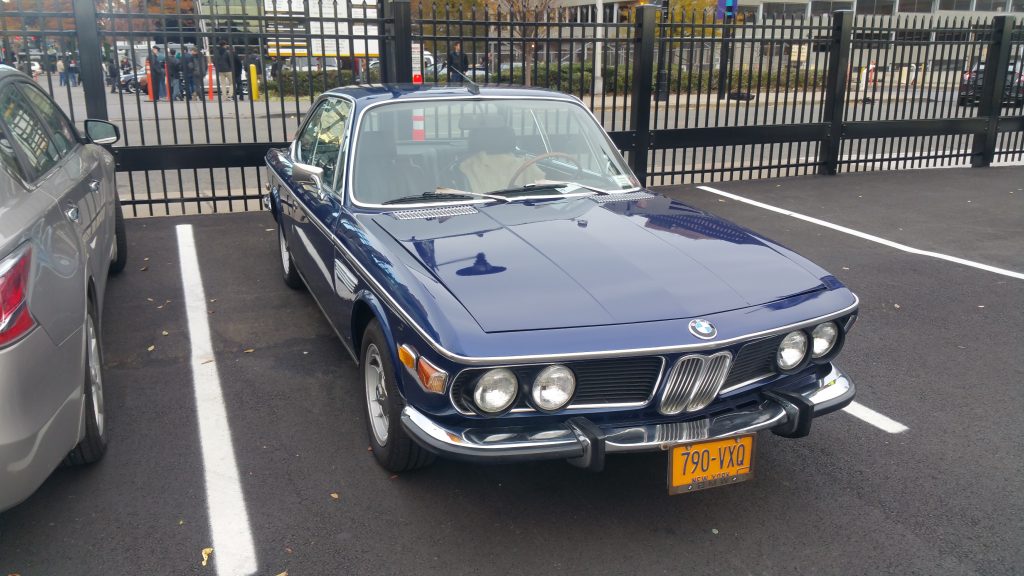 The Mitsubishi Pajero was never available in the US, which is just too bad.  This is a street legal rally car.  This particular example was imported from Japan,  I wrote a separate port just about this car, https://www.revlane.com/blog/the-mitsubishi-pajero-an-off-road-collectible.

This car speaks volume all by itself.  The US did have the Mitsubishi Montero for a while but that was not nearly the same thing.  This is an example of an import that is on it’s way up in value and would be an enjoyable one to have while it appreciate.

The Fairlady Z, or the Datsun Z.  I could not walk past this one because it had the original engine.  These cars are very popular for  LS swaps and have a natural flowing sporty design that is simply a signature of a driver’s car in my opinion.

These cars were mass produced so there are a lot of examples out there at accessible prices.  A lot of them have been modified and a lot are rusty as old cars tend to sometimes be.  Never the less an original show worthy example could bring significant coin in the distant future.

On another thought regarding distant futures, these would be great cars to have an electric conversion, just tthink of having an electric race Z car.

I almost wanted to put note on this car with my phone number asking if it was for sale.  Yes the Chevrolet Corvair.  The car that was in my opinion (yes I feel compelled to keep saying “in my opinion”) unfairly branded “unsafe at any speed”.  Produced from 1960 to 1969, the 1965 and 1966 Corsa is the most collectabe.  Yes, this is a 1965 Corsa.  This car was truly ahead of it’s time and unfortunately I think simply got lost among the Camaros and Corvettes of the time.

It has a real, air cooled, 6 cylinder horizontally opposed engine.  Yeah eat your hear out Subaru!  These cars do everything from racing to GT driving and the price level is accessible.  Although Corsas are getting more and more difficult to find, Monzas are definitely enjoyable as well.

Collectible value wise, I don’t think these cars will appreciate in value a lot over the years but they are eye catching.  So if you the car speaks to you, don’t hesitate to ad it to your collection.  After all it’s not always about the money, sometimes being able drive this unique car can be better than anything else that money can buy.

The Plymouth Deluxe is not just a cool car from the 1950’s.  You can’t say that about a car that came in two trims, Deluxe and Special Deluxe.  Com’on if that’s not baller…what is?  This particular example caught my eye because it had the original engine and the 3-on-the-tree manual transmission.  That’s the manual gear box with the shifter on the steering column.

There is no doubt that these cars are iconic of the 1950’s American motoring.  This car was never restored only fixed as needed and it’s still on the road and drivable.  Unfortunately collectability of these cars are on a preference basis.  They are large and can become challenging to drive on modern roads.  They were also massively produced and are obtainable for a decent price, but as time goes on these are likely to become museum pieces (they are nothing but fun to look at and explore all the features) and not cars that you are likely to see get driven around very much.

If you’re looking at the picture below and wondering why, most likely you are not a camping enthusiast.  If you would like to know, this caught my eye because of the dually.  I have only seen these before in pictures and it was awesome to see this on in person.  This is an F-350 and these were modified by the Cabriolet company to compete with other recreational vehicles.  These were intended to provide an option for folks that did not want to by a complete camper but possibly tow one instead.  So this gave them the option of having everyone in the cab of the truck seated comfortably with plenty of room while towing a camper.

There were various variations made of these Van-Trucks from manufacturers that include Dodge, chevy and Ford but not too many remain.  They were intended for a niche market and their collectability has been niche as well.  They would make a great tailgate party vehicle, there is no doubt about that!

Is this a Fiat, yes, was it made in Italy, no, is it a real Fiat, um well yes but it was made in Poland, really it was.  Back in 1932 the Polish government came to an agreement with Fiat to produce Fiat cars under license in the Polish state factory.  Originally these were the smaller Fiats such as the Topolino.  Unfortunately the factory was seized by the Germans in 1939 which was the end of the brand for a while.

Eve through production ran until the year 2000, the Polski Fiat brand was actually done away with in 1992 when Fiat bought the Polish factory and Fiat cars have been produced under the Fiat brand in Poland since.

As for collectability, these are definitely in the odd ball section as they look like the originals.  It does not seem like these cars will bring big money but they are interesting conversation pieces and are fun and inexpensive to own.

It’s almost impossible to walk past this car and not know what it is.  These convertible coupe roadsters were produced between 1966 and 1993 and featured engines ranging from 1.3 liter to 2.0 liter.  All of them featured a 5 seed manual transmission.  While the design changed or evolved over the years, there are few, if any aftermarket modifications available.

These cars are on the lower end of the collectible vehicle price point and have a reputation for being fun to drive.  Over time prices will go up but this is a car for people that truly like it’s design and drivability over it’s lover appreciation factor.

One thing that you can’t miss about this car is that it’s wide, look at this thing, it has trouble fitting into a parking spot.  These cars truly represent the 1960’s and 70’s era of American cars.  There is one thig about cars like these that no other car can duplicate, the comfort that was designed to create an environment of comfort and relaxation on the road.  This is why long road trips were enjoyable back then.

If you like rally racing, the Lancia Delta needs no introduction.  These cars were produced in  Europe between 1979 and 1999.  The Delta version dominated Rally Group A during the 1980’s and is an instant collectable all over the world today.  Never sold in the US, you will ned to import one if you’re out to own one.  The key thing to remember about these cars is that they were available in SOHC and DOHC variants with teh DOHC versions being more desirable, of course .

Value vise these cars are on the way up but ti will take them 10-15 years to get to the Audi Cupe Quatro levels.  Rarilty will make these more and more desirable over time.